The UCNA experiment will measure the difference in the number of electrons emitted along vs. against the spin direction of the decaying neutron. This asymmetry can be related to up and down quark weak mixing angle, sometimes called V_ud. A measurement of V_ud can be used to test the unitarity of the quark weak mixing matrix (the so-called CKM matrix) that is expected in the standard model. Any deviations from unitarity would be a signature of new physics beyond the standard model. The sensitivity of the UCNA experiment ("proposed" in the figure) is shown in the figure below.An overview of the experiment can be found in some of our recent TALKS and in our very long PROPOSAL. 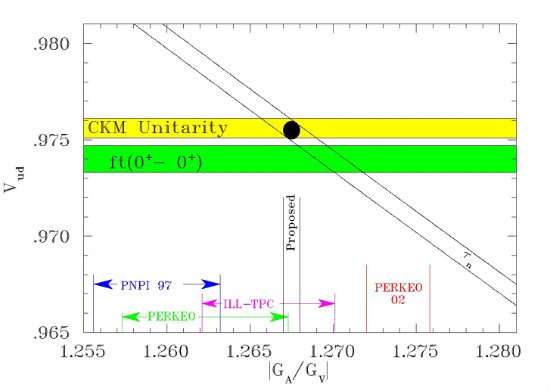